No… I dont have an attitude; I am a strong woman with standards!

Having an attitude is a behaviour, a way of being that manifests certain feelings. But, it has a pejorative connotation.

When I was little, having an attitude meant that I was picky, hard to please.

In fact, people told me that I had an attitude simply because I refused to eat my vegetables or tidy my room. 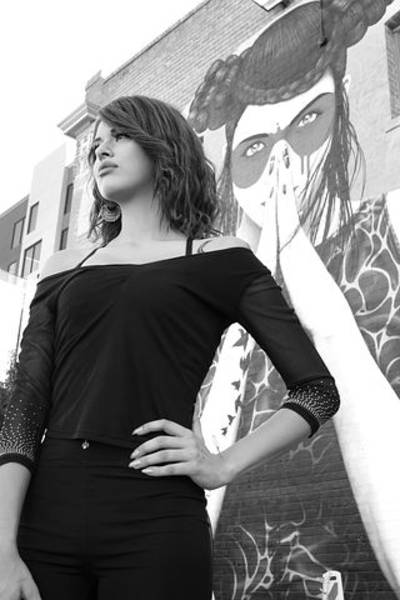 Why dont you listen? Who do you think you are? Change your attitude right away… Thats what was told to me all the time.

In fact, from childhood, I learned that having an attitude was something negative. After all, my parents scold me because I refused to do what they asked me to do.

They said that I was an ungrateful child who thought she was superior to others and that eating vegetables was not worth it.

And, honestly, growing the definition of these terms has not changed much.

However, having an attitude has become a pejorative way of describing why strong women do not find love.

Indeed, instead of seeing strong women as people who know what they want and deserve, they are told that if they do not find love, it is because they are arrogant.

So, having standards and refusing to settle for mediocrity has become a flaw.

How Do Strong Women Deal With Rejection – They Don’t Beg

Something we should be ashamed of. Apparently, we should all agree to date narcissistic, toxic or immature men.

Just for being able to say youre in a relationship. And not to be called a complicated woman.

But I categorically refuse! I refuse to lower my standards to please people.

My life belongs to me, and I will leave no one to the leader with my future, destiny, and happiness.

To have an attitude is to release negative energy.

Of course, if you think youre superior to others, you can have a negative aura. After all, looking at people high is rude and childish.

It is true that if you adopt this behaviour, you will have a hard time finding love.

But, I want to clarify one thing: a strong woman is not a woman with an attitude. Its just a prejudice, a stereotype.

People who are intimidated by women who trust them want to degrade and demean them.

They want us to believe that being a strong woman is not a quality but a tare that makes us rejected from society.

Yes, you read that, right! The fact that we refuse to lower our standards to give a chance to a man who we do not think is up to the task is something reprehensible.

Of course, why do I refuse to go out with the Don Juan of my group of friends? Why dont I accept the dinner invitation from a man who has already divorced three times?

Honestly, I am stunned by the lack of tolerance, intelligence and logic of some people.

Besides, how do my life choices concern others? If Id rather stay single than date a man I dont consider to be up to the task, whats the problem?


Im not hurting anyone. I respect myself too much to belittle myself from hanging out with immature or toxic men.

And that doesnt make me an arrogant, demanding woman. And, much less, a woman with an attitude.

It makes me a self-respecting woman. So I want to be precise.

If a man offers me a gallant appointment when he does not interest me, I will politely refuse.

And, that doesnt make me a woman with an attitude.

If I refuse a project at work because it does not accord with my moral values, it is not because I have an attitude.

And if I stop dating a friend because he has a toxic influence on my life, its not because I have an attitude.

Too often, arrogance and self-confidence are combined. It is essential to distinguish between having values and standards and having an attitude.

Im a strong woman who trusts her. So I know what kind of love I need in my life, and I refuse to settle for less than that.

To have standards is to have discovered who you are. The differences in our lives, both positive and negative, have allowed us to define new healthy boundaries.

Through our past, we have learned to move away from toxic people or questionable situations.

So to become the strong woman I am today, I had to work hard. I made a significant investment in my personal development.

Why You Stopped Loving Me – Can You Please Explain

The time and energy I have devoted to becoming this best version of myself give me the right to have standards.

I know what I want. I know what I dont want. As a strong woman, I defined the rules of my romantic relationships.

And if I notice that a man does not meet my criteria, I move on.

And, that doesnt make me a woman with an attitude. On the contrary, it makes me a person true to his convictions, an honest woman and someone that people can count on.

The 5 Fundamental Pillars Of Emotional Education

Indeed, I do not change my behaviour or opinion, depending on the direction in which the wind blows.

I dont make any judgments, and I dont care what other people do.

Everyone has the right to take control of their own lives. So I dont care what other people think, what they do or what they believe.

So why dont I get the same privilege? Why do I get judged so violently just because Im a strong woman?

Even though some people think that strong women cant find love, Im afraid I have to disagree.

We are neither complicated and demanding. , we have a clear idea of what we want, and we seek to achieve it.

And, sincerely, falling in love with a strong woman is perhaps the best thing that can happen to a man.

Indeed, a strong woman does not depend on a man; she can support herself.


She has a busy social life and an established career. In short, her life is tidy, and she does not need a man to exist.

Her happiness does not depend on a mans love. She can be happy as a single woman.

A strong woman is not looking for someone who will complete it but a man who will be her teammate.

Life is not a hierarchy!

If someone tries to make you feel guilty because you know what you want, dont let it happen to you.

Could you not get into his game? If that person thinks you have an attitude, good for him.

Its not your problem; its his! You dont have to justify yourself or explain anything to such an ignorant person.

Of course, if youre rude for no reason, maybe you should take the time to analyze your behaviour.

But I dont think thats the case. Strong women are far too aware of their qualities and weaknesses to be mean to others for no good reason.

A woman does not compare herself to others and does not perceive life as a hierarchy where others are superior.

She knows that she cannot control others and that she has no right to do so. So she focuses on her own goals.

And, thats something we should applaud, not mock. We should praise strong women, not ridicule them!

In our modern society, it is more acceptable to have a toxic relationship or to be unhappy as a couple than to be single.

Its crazy! We cannot tolerate the fact that some women want to control their lives and destiny.

You badly hurt her, And ultimately you lost her

They set limits and rules that they follow scrupulously. And they dont force anyone to obey their principles.

But they do not tolerate disrespect or someone hurting them for no apparent reason. So if a man wants to be a part of their lives, he has to show a white paw.

That is, he has to prove that he has good intentions and that he is sincere. For, deep down, a strong woman is not looking for anything else.

She wants a man who is willing to make as much effort as she does and takes their romantic relationship seriously. She does not wish to an immature partner.

Thats who I am… Im not demanding. Simply put, I would like people to understand that it is time to stop judging strong women because they know what they want.

My standards allow me to have a group of loyal friends that I can trust. Maybe one day, they will let me have a partner worthy of me, someone, who deserves my love.

So no… I dont have an attitude. I just know what I want!

Why Does Love Hurt?
10 Dangerous Habits Of Couples Leading To Divorce
Facts About Loving An Introvert