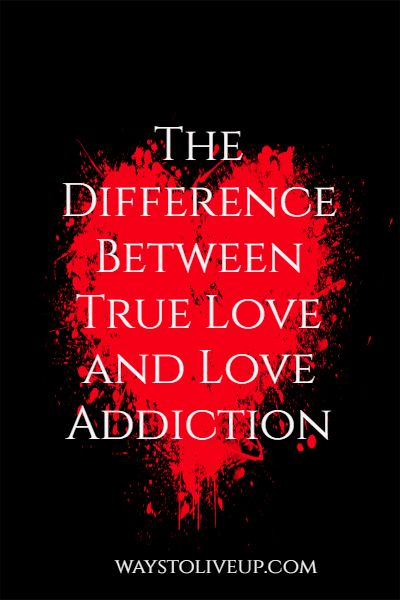 We often say ‘love’ when we really mean and are acting out, an addiction—a sterile, ingrown dependency relationship, with another person serving as the object of our need for security.” ~Stanton Peele

When I was sixteen, I fell in love. At least I thought I did.

I had all the symptoms—quickened pulse, butterflies, and a head so full of him that all my pain and all my problems magically disappeared when we were together.

I called this love. 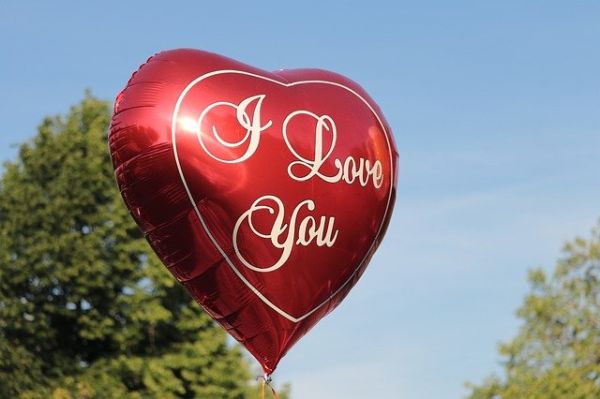 My first whirlwind romance was with a boy named Andrei in the first grade of Regional School #17 in Donetsk, Ukraine.

I remember when he got up during naptime and, with a mischievous look on his face, peed all over the carpet. So rebellious, I sighed.

My romance with Andrei ended when we got on the plane to Toronto. I cried. I cried for the country I was leaving, for the friends I left behind, and I cried for Andrei.

Andrei who had never spoken to me or held my hand. Andrei who was just a character inside a story in my mind.

One day, my eight-year-old self thought through her thick tears, I’ll love again.

After I got to Canada, I got into a very complicated, semi-violent relationship with Eminem. When it looked like he was getting back together with his ex-wife (which broke my heart, obviously), I went on to Nathan, who was two grades above me at school, who had bleach blonde hair, just like Eminem. He was a rebound.

Neither of them ever knew I existed.

I couldn’t approach Nathan or any other boy I liked, but I knew what I had to do. By this time, I’d watched enough television to know—I was too ugly for a boyfriend. Too fat.

And what was this cellulite? These pimples? These stretch marks? The girls with boyfriends didn’t have that—not the ones on TV and not the ones in my school.

Related – Get the Love You Deserve

I started wearing makeup in grade six. I still remember someone asking me why I had weird beige stuff on my eyebrows. My face turned red (or, as red as it could turn underneath the concealer cream that I’d literally just spread all over my entire face).

As my hormones raged hard, and my social anxiety raged harder, I started having relationships with guys on the Internet. It seemed like a step in the right direction. At least these were real people talking to me.

But that didn’t work and that got dangerous. I went back to making up relationships in my head.

All I wanted was a real boy. A real-life boy to call my own.

I’ll have to work extra hard to get him, I thought.

By the time I got to high school, I’d tried a handful of different crash diets and, soon enough, every moment of my day was devoted to maintaining 400 calories a day and exercising them all off.

I was exhausted. I weighed less. In the mirror, I looked no different.

When am I going to feel pretty? When will I fall in love?

And, one day, it happened. He was in my grade ten math class. I asked him for batteries. Since his Discman could have been considered an extra limb, it seemed like a safe bet. And it was.

One year later, we were inseparable. I thought it was finally happening. The relationship of my dreams was finally coming true.


I knew, at the time, that it was love because every time we were around each other, my head was clear. All the rest of the time, I was obsessing about my calorie intake and my skin. Around him, there was only him—nothing else.

Also, Read – Why You Can’t Become Just Friends With Your Ex

How could I live without that?

And, soon enough, I couldn’t. The moments without him became torture as the inner voices screaming criticisms that echoed through each part of my psyche became louder and angrier from being suppressed.

The moments with him became riddled with anxiety about when we’d next have to be apart.

I was hooked, called this love.

As the novelty wore off and real-life set in, I couldn’t bear to lose that feeling. I came apart at the seams. And, in my mind, it was all his fault.

My journals from that time are filled with questions scribbled with ferocious pain on tear-stained pages.

Why doesn’t he love me anymore? Why can’t things feel like they used to? Why does love hurt so much?

No matter what he tried to do to make me happy, it wasn’t enough. Nothing was enough.

I was hooked on a feeling of euphoria that drowned out my inner demons and, after a while, he no longer produced that feeling. He couldn’t give me what I wanted, because I didn’t want him.

I wanted a feeling that the novelty of obsession in human form had brought me.

I was so full of anger, so full of rage at him for not loving me. It wasn’t until I had a breakdown and almost killed myself four years after we broke up, the demons in my head has become so powerful that I had to learn to accept myself or die, that I realized it wasn’t him that didn’t love. It was me.

I used him and abused him, like a drug, and when he couldn’t give me the feelings I was addicted to, I threw him away. He was a character in my fairy tale, an idea in my head, just like the others who came before him.

There was no room for him to be a human being because I didn’t give myself that room.

The more I’ve learned to love myself, stretch marks and all, the more I’ve been able to love other people, to forgive those who hurt me, to support my current partner through his light and his darkness.

When I gave myself the room to be imperfect, to be a human being, I could give other people that room. And, in that newly created space, the feeling of love has crept in and permeated each moment.

I’ve learned the hard way that love isn’t something we get from other people. It’s not even a feeling.

Love is a kind of awareness we have about ourselves, about people, about life.

Love is a decision to be open and stay open, to receive the beauty of what’s all around us instead of pushing fake beauty down our throats.

Love is a way of life, a state of mind.


It’s taken me a while to forgive myself for not knowing better all those years ago, for hurting the boy I thought I loved.

While I can’t take back what I’ve done, I can do my best to share what I’ve learned so that it might help feed that love hunger in the world that used to torment me, which led me to torment other people.

And I can hope that whatever self-protective shields my ex built up from our messy romance are now disassembled.

I hope that he’s found a way to let go, to be free, to open back up, and learn to trust again, against all odds.

And know, this is what true love is all about.

Find out more or adjust your settings.