Im seeing some younger guys. My hubby doesnt know, but I cant give em up.

Ive been carrying around a heavy secret for a while now.

Its not something Ive been able to admit to my husband or my friends because I know theyll judge me, but I think Im finally ready to reveal what Ive been holding super-close to the vest for a while now.

Okay, here goes: Every night after my husband goes to bed, I slink away to the guest bedroom. 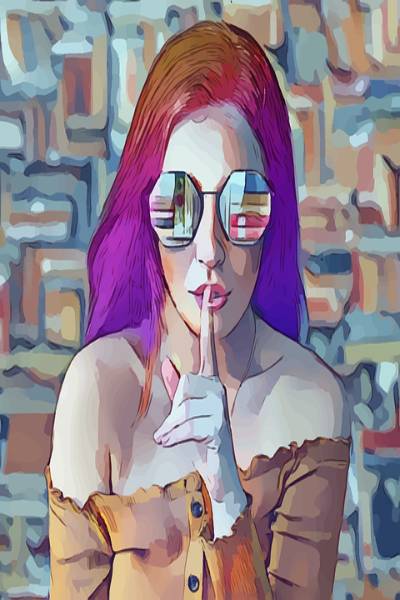 (Its not to escape my husbands snoring, although thats a nice bonus.) Its to sleep with some very attractive teenage dudes. Its not the same dudes every night, mind you, which makes this confession sound even naughtier, but I assure you: its all worth it.

Whats worse than sleeping with other men behind my husbands back? Well, obviously, the fact that these guys are teenagers (or at least they pretend to be.) But thats part of the fun.

I know Im too old for these guys - theyre probably interested in younger women with perkier bodies - yet every night, they waltz into my spare bedroom and entertain me for hours and sometimes (GASP!) all night long.

Also, Check Warning Signs He’s Not The Right Man For You

The hardest part is keeping the volume down. I want to be able to hear every word but sometimes its hard when they speak so softly.

I try to keep quiet enough so my husband wont hear anything but sacrificing volume means I might miss a sweet nothing, and thats simply unacceptable.

At this point, you’re probably wondering: Who are these hot little prepubescent, and what the heck has gotten me all Mrs. Robinson-ed?

Its not always the same guys although I certainly have my favorites. Most of the time its the men from One Tree Hill, although Im not opposed to Gossip Girl, or Pretty Little Liars sending their hotties to my bed either.

As long as I can stream them through my iPad, Im a happy girl - at least for the night.

Theyre not as into me as I am to them. I know that. Sure, they like that I watch them, but thats just for vanity and ratings. Its not like they really care about Lisa, the person, the woman.

In fact, they dont even know my name and certainly feel no qualms that Im seeing them secretly behind my husbands back.

But my goodness, when they look into my eyes, I melt - even if they see right through me.

I know I need to stop, but I have three seasons left on One Tree Hill and I simply must know if Dan Scott redeems himself. I admit: Im in too deep and my heart is involved now.

Also Read Reasons Why Your Partner Had An Online Affair

And thats when withdrawal really starts to become painful. But I have to end this madness. Maybe instead of sneaking behind my husbands back, Ill cop to my embarrassing actions and hope we can weather the storm together.

Who knows? Maybe hell even allow me to bring the guys into our bed at night for a digital three-way.

Listen, Im no fool, I know these secret relationships have to come to an end at some point.

Seasons finish and contracts arent renewed. I cant put all of my sexy hopes into one TV show (a show that stars a very attractive shirtless male that goes by the name of Chad Michael Murray).

Perhaps after the last episode of One Tree Hill, Ill throw in the towel and re devote myself to my husband.