I have broken up with every single person I have been in a relationship with.

I am called a “heartbreaker” or “dumper”, and I have a pretty bad reputation for it. 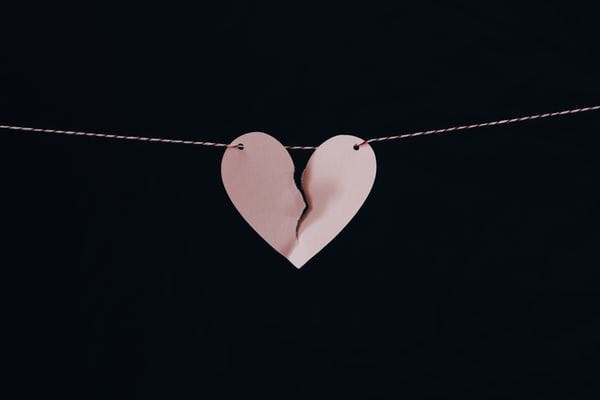 You may have heard a relationship being compared to a rollercoaster ride. We have all been told we are supposed to enjoy every moment of its unexpected highs and lows.

But how do you describe the feeling of motion sickness kicking in halfway through to someone who has not felt it before?

With this article, I am going to try.

Dating for the Present Moment

There is no mathematical equation to determine how long a relationship will last. To some, it is what makes being in a relationship so scary; the possibility that they may never have their happily ever after.

To me, that is exactly what makes relationships so appealing, because I date for the present moment. I believe every relationship is worth the risk, even if there is a zero percent chance that we will be together in the future.

I had an ex-boyfriend I liked very much but he had traditional values. He believed that a womans place was at home with the children and told me that was my future after we got married.

I thought about breaking up with him, yet I stayed for 11 months because I wanted to be with him in the present moment but definitely not in the years to come.

At that point in the relationship, everything was going great except we had different visions for what our future would be like.


Also, Read 9 Common Myths About Infidelity And The Truth

Why is it that I should give up experiencing something great now just because I may not have it in the future as well?

If we normalized shorter relationships running their natural course throughout a lifetime, rather than trying to find one person in a world with 7 billion people to deal with us for the rest of our lives, we would all be much happier.

There needs to be less pressure to find the one, and more on self-love and growth, so we dont feel unfulfilled when our relationships end.

A lot of my relationships began with an immense amount of passion, and the fires died out months later. It all boils down to the fact that feelings change, and most people fall out of love for the same reasons they fell in it.

I had one relationship that shocked me the most. I genuinely wanted to be with the guy for much longer than just the present moment.

Every time I had the opportunity to text him or go out with him, I took it. I thought to myself, this could be the one. And then something happened that I did not expect.

It all began when I woke up one day, and he was not the first thing on my mind. It made me feel guilty, so I thought about a nice memory we both shared and smiled about it.

I pulled out my phone and noticed there was a message from him. He called me beautiful and went on to explain how he was grateful to have me in his life.

I thought it was sweet, but I could not get myself to respond. Suddenly even something as simple as that felt like a chore.


So, I laid in bed, digging through my memory archive of when I felt differently and tried to text him back by putting myself in the shoes of the person I was in the past.

I began finding every excuse not to spend time with him. And when we did go out, I constantly thought about how much longer this would take to end.

Physically, we were so close together it felt as if we could not be separated. But emotionally, I felt a huge wall between the two of us.

Before, I thought about kissing him all the time. And after, all I wanted to do was pull my hand away when he held it.

Youve felt this before. Maybe it was not for love, but you know how it feels to be passionate about something, and then feeling the exact opposite towards it after some time.

Nothing has changed except for the way that you see it.

That is what it has been like for me. You can blame me for the way I acted once I had lost feelings or the way I chose to break up with him. But I cannot be blamed for the way I felt because that is something out of my control.

All I can do is accept my feelings and try to do them justice. Its selfish, sure. But we all must be a little bit selfish sometimes.

I Wish I Were You

I have never been able to admit this to anyone, but it is the truth. Just like every other person on this planet, I have feelings and emotions.

The only difference is that they are not the positive ones that you may want me to feel. After all that has changed, I am left with nothing but annoyance and disinterest.

I wish I were still interested and in love. I would give anything to look at the relationship through rose-colored glasses once again. Its a beautiful feeling and one I never wanted to lose, yet it disappeared.

What do you do when this happens? I have tried waiting it out because I believed things might get better. Yet the more time I spent with that person, the more I wanted to break up with them.

There is no rule book on how to deal with a situation like this. But I have never been interested in leading anyone on. So every single time, I chose to tell the truth, and then I walked away.

Im not that different from you. We are all after a feeling and refuse to accept anything less. When I have broken up with someone, it usually is more about me, and less about them.

Don’t Forget To Check Letter to a Husband After Infidelity


While I do not intend to hurt anyone, instead of trying to help the other person feel better, I prefer to spend that time and effort consoling myself.

No one else is going to tell me that it was okay for me to do what I believed was the best for myself, except for me.

So, Im not sorry that I date for the present moment instead of the future. Im not sorry I fell out of love. I know it may happen again.

And I am definitely not sorry for breaking up with you.

This Was First Published Here