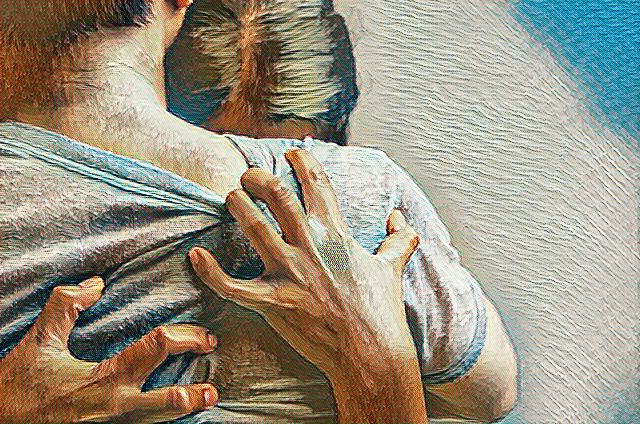 How to Leave a Toxic Relationship?

Why does it have to hurt so badly?

You’re so in love, but your relationship has become toxic. It simply can’t continue.

Night after sleepless night, you lie awake replaying the fights in your head.

You can’t understand why your partner won’t change or how they can simply ignore how you feel. You wonder if they ever truly loved you.

You’ve tried everything to save your relationship, but nothing’s worked. You know it’s time to end it, yet the thought of being alone petrifies you.

But still, the pain has become too unbearable. If you don’t end things now, you might completely lose yourself.

Letting go of someone you care about is definitely a difficult thing to do.

I was forced to accept that my relationship with my ex wasn’t meant to be.

The lies and the cheating became too much to handle. And to make matters worse, he was also physically abusive to me.

The blows were so unexpected. I never knew if the next argument would put me in the hospital, or maybe worse, be my last.

I wanted him to change.

Was he really worth all of this?

No, he wasn’t. And I knew I needed to get him out of my life.

If you’re stuck in a toxic relationship, know that you can find the strength to get yourself out of it and move on.

Realize That You Deserve Better

Sometimes, loving someone just isn’t enough if you aren’t receiving the same love in return.

It’s like putting work into an old, broken-down car. No matter how much sweat and tears you put into it, it will never be the same again.

The time you waste on the wrong person prevents the right person from coming your way.

How can they come into your life if you already have that space filled?

It took me a long time to realize this.

If you had told me back then that I would have found a man who truly loved and respected me for who I was, I would have never believed you.

Shortly after as I let go of my abusive relationship, I met my husband. He is the reason I believe in true love today.

I am living proof that you can experience true love if you just believe that something much better is out there for you.

You may not know who they are, or when they will come, but they are waiting for you to let go so that they can come into your life.

Stop Waiting for Your Partner to Change

This is the biggest mistake a person can make when deciding to stay in a relationship in which you’re being mistreated.

You have to accept that the only person you control in this world is yourself.

Unless the other person owns up to their mistakes and shows the desire to get help, they probably won’t change.

They may promise to change and turn things around for the better.

They may even be genuine about their intentions at that moment.

But more than likely, things will stay the same, especially if they made promises in the past that they didn’t fulfill.

Change has to come from within; it can’t be forced. Only then do things have a chance of working themselves out.

I thought my ex would change for me. I thought that if I tried hard enough to convince him how much he hurt me, he would have no choice but to change. But I was wrong.

Sometimes our judgment is clouded. Sometimes we simply want to see the best in someone. Sometimes we’re just so afraid of being alone.

Regardless of what we tell ourselves, some relationships are just irreparable.

Accept That It Will Hurt

There is no easy way of getting around it.

You’re worried about missing the feeling of being desired and wanted, the intimate and close moments you shared.

Instead of being just a part of your life, they have become your entire life. You have forgotten how to live for yourself.

Getting over the initial discomfort of being alone is the hardest part. But once you get past that stage, life becomes a whole lot easier.

The lessons you learn along the way will allow you to grow and become a better person.

The pain will not last forever. Time is your best friend.

When I ended my relationship with my ex, I tried everything I could to distract myself. I figured that if I didn’t think about it, the pain would eventually disappear.

When that didn’t work, I tried to think of ways to mend our relationship rather than end it. I figured that accepting the disappointment in him was easier to handle than being lonely.

That was another failed attempt at avoiding heartache.

At some point, I knew I had to accept that it would never work out, and any route I took to end it wouldn’t be an easy one.

If you work through the pain, instead of trying to avoid it, you limit the chances of your feelings coming back to haunt you later on.

7 Times A Man Regrets Losing A Good Woman
These Messages Confirm You Are In An Almost Relationship
Relationship Mistakes
Pages: 1 2