Cohabitation — living together outside of marriage — has become more popular in the past six decades. Since 1960, the number of couples living together has increased almost twentyfold in the United States.

The last two decades have seen explosive growth; the percentage of couples living together has increased by around 50% since the mid-90s and more than doubled in real numbers during these years.

Today, more than 60% of marriages are made up of people who have lived together, with their spouse or another person, at some point in their lives.

Many people mistakenly believe that living together is an effective method of testing a potential marriage to determine if the couple is compatible. 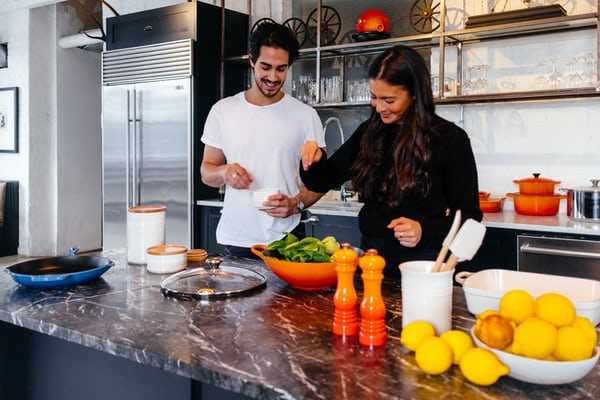 But is cohabitation an intelligent decision for those couples interested in a healthy and lasting marriage? Does it serve as a good testing ground? Does it help build stronger, healthier relationships?

The good news is that we don’t have to ask ourselves about the answers to these critical questions. Much solid social science research from the world’s leading universities has been answering these questions for many decades, and the findings are conclusive.

Romantic Relationships – Why They Are So Fragile Today?

This research allows us to learn from the experience of millions of people who have lived together outside of marriage. Let’s address some of the most important questions people ask themselves about living together.

Aren’t marriage and cohabitation essentially the same thing, a man and a woman simply making a life together?

Researchers tell us that cohabitation is nothing like marriage; they are two very different types of relationships. The researchers found that those living together tend to resemble that of single people in the way they live and the way they develop in their relationships.

Simply, couples living together do not act like married people.

Most people don’t realize a difference in engagement between these two types of relationships that generate significant and measurable differences.

Even when couples are similar in socioeconomic indicators, those who live together — compared to their married peers — tend to have:

A reduced sense of continued happiness and justice in their relationships.

Much higher rates of risky behaviors, such as dangerous driving and drug and alcohol abuse.

Additionally, men in cohabiting relationships are less likely to help with household chores.

Isn’t living together with an intelligent test before marriage?

You wouldn’t buy a car without driving it first, would you? So why would you marry someone without first seeing if they could live well together? That seems reasonable at first glance, but the answer is certainly not what people expect.

Rarely have social scientists come to a more definitive and consistent conclusion than this; cohabitation is intimately linked to a higher probability of divorce.

Those who marry with experience living together in their past maybe 50 to 80% more likely to divorce than married couples who never lived together.

The most consistent consequence shown in the studies is the link between premarital cohabitation and the dramatic increase in the risk of divorce.

(Some people have suggested that couples living together have more significant difficulties in their relationships because of cultural stigma. This is not a factor because there is virtually no stigma attached to living together today.)

A study published in the Journal of Marriage and Family analyzed many studies on cohabitation and subsequent marital success. It concluded: “Despite popular belief, cohabitation is generally associated with negative outcomes, both in terms of quality and marital stability.”

Is “proof of management” for a potential marriage clever? The belief that cohabitation before marriage reduces the chances of divorce has no evidence in favor, yet it is a deep-seated belief. 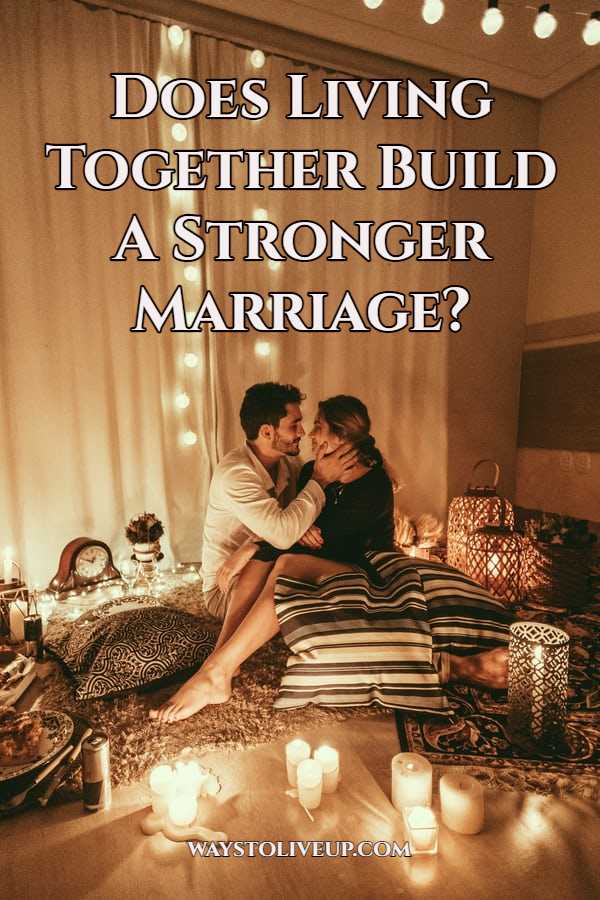 Does cohabitation not give more equality and give women more significant influence and freedom than marriage?

A married woman is a much more robust and more influential player in your relationship than a girlfriend you live with. Let’s look at just a few of the reasons.

False Hopes: Regardless of racial, ethnic, or socioeconomic status, women are consistently more likely than men to believe that their cohabitation relationship is heading toward marriage.

Men are more likely to have fun and be happy that it stays that way. This means that women are the ones who are waiting for something that probably won’t happen.

Unequal engagement: Research finds that men who live together tend to be less engaged in the relationship than women, both before and after the wedding. This is less true for men who never live together.

The University of Denver academics  warns, “Women may be at a disadvantage in terms of relational power because they are the ones who are most engaged.” They also explain: “Men who lived premaritally with their wives were on average much less dedicated to their wives even when they married!” (emphasis on the original).

Ladies, if you are looking for a less committed husband, living with him before marriage is one of your best bets to achieve that goal.

Therefore, living with someone before marriage is a highly efficient way to increase the likelihood of finding a spouse who:

He is less committed to his marriage.

He is more likely to be unfaithful.

You are less likely to support it practically and emotionally.

In general, it is more negative relationally.

Has violent behavior toward you.

But if you want to avoid these and have a happier and more stable marriage, you certainly want to reject cohabitation.