While there may not be a clinical definition of what constitutes cheating, the fact is that chronic cheaters exist and they cause far more damage than having sex with another man or woman is usually worth. 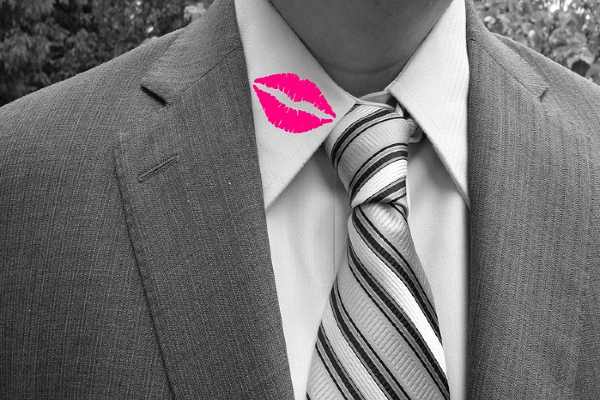 Whether you define infidelity in terms as narrow as having sex or as simple as a kiss, no matter what the parameters of your relationship or marriage, a betrayal is a betrayal.

Given the prevalence of adultery in our society, you might as well educate yourself about the types of people who are fine with infidelity, and why people cheat in the first place.

Here are a few facts about people who cheat that you should know — that are more common with chronic cheaters.

1. Cheaters are more likely to be rock and roll fans.

Because music and sex really do go hand-in-hand, researchers have found that when it comes to cheaters, 41 percent of them prefer rock music to all other genres.

Falling in line after that, respectively, is pop music (16 percent), country music (11 percent), classical music (7 percent), and rap/hip-hop coming in the last place with only two percent of cheaters favoring that stuff.

Takeaway? Kanye and Kim really have a chance!

2. When women cheat, it’s likely to mean the end of a relationship.

For some reason, a long time ago a rumor was started that when it came to adultery, men held the honor of being the most likely to stray.

But it’s a lie! Not only do women cheat, but studies have found the difference between the two sexes is that usually when women stray, it’s often to fulfill an emotional need as opposed to a physical one.


Emotional involvement is pretty much just one or two steps away from a completely kaput relationship that can’t be saved.

Purely physical entanglements might still have a chance of getting a relationship back on track.

3. Cheaters are often happy in their relationships.

Cheating doesn’t necessarily mean that the cheater thinks their relationship is the absolute pits.

While that’s not to suggest that every cheater feels this way, the majority of those who commit adultery are happy in their lives and relationships and aren’t even looking for a breakup.

According to a Rutgers University study, 56 percent of men who had affairs were happy with their partners, while 34 percent of women who cheated were also really content in their relationship. They just do it, because, well … they can.

4. Cheaters get “friskier” when they’re cheating.

According to intimacy expert Mary Jo Rapini, once that sex drive is awoken in the cheating party, sometimes after years of hibernation, things can go from zero to 20 with their spouse, fast.

It might seem like things have turned around with all that extra attention, but in reality, there’s a little somethin’ somethin’ going on elsewhere.

5. Women are more likely to cheat when they’re ovulating.

This sounds like something out of a “How To Be A Good Wife” handbook from 1957, but it’s true.

As UCLA researcher Dr. Martie Haselton explains, “We found that women were most attracted to men other than their primary partner when they were in the high fertility phase of the menstrual cycle.

That’s the day of ovulation and several days beforehand.”

Yikes! Not only that, but women feel sexier when their body is in tip-top mode to make a baby, so combine that with their desire for men other than their partner and we have a double yikes situation.

6. Men will cheat to “fix” their marriage.

It may sound like the most ridiculous thing in the world, but according to marriage and family therapist Susan Mandel, Ph.D., men who love their spouses think that by going outside their marriage, they can save it.

Perhaps it’s a difficult concept to swallow, but in their brains, they think they can have it all, and therefore it will lead to less of a longing for something else.

7. Cheaters usually cheat with someone they know.


It may be comforting to think that if your partner is going to cheat, it will be a one-night stand, but cheaters tend to stick closer to home.

In fact, the most commonplace for an affair to blossom is at work. Research has found that 85 percent of cheating starts amongst coworkers, with friends and neighbors not too far behind.

8. Most cheaters want to get caught.

Think about the burden it must be to carry around such a weight day in and day out. The guilt! The secrecy! The fear of, “OMG! Am I about to be found out?” Well, cheaters, some of you actually want to be found out after all.

According to Scott Haltzman, MD, a clinical professor at Brown University and author of “The Secrets of Happy Married Men”, “People may actually set it up so the spouse or partner finds out.

Whether it’s lipstick on the collar or emails left open on the family computer, we leave our fingerprints everywhere.

Oftentimes, it’s a cry to say ‘I need to get help.’ Some people make it obvious because they want to stop but don’t know how.”

Well then. I guess we can’t all live with being conniving and deceitful forever, now can we? Go us!