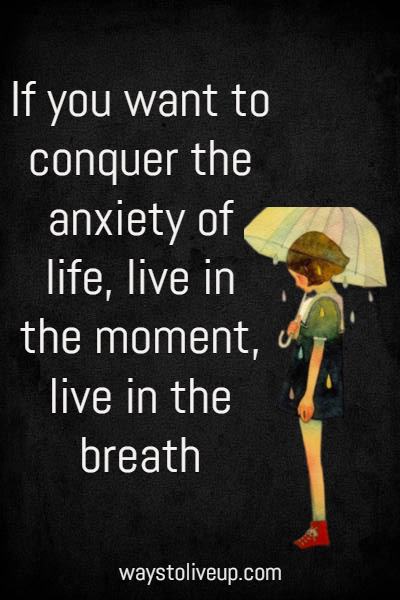 Quotes On Depression ~ Depression quotes and sayings about depression provides insight into what it’s like living with depression as well as inspiration and a feeling of “someone understands it.”

These quotes on depression deal with different aspects of the status of depression, such as sadness, grief, loneliness, and other related issues.

Please share these Quotes with someone, who is suffering from depression to help and inspire them.

Depression is not some passing cold, nausea, or food deprivation, stop trivializing it with your ignorant comments asking me to get over it. I’m not heartbroken, I am depressed.

Concern should drive us into action and not into a depression. No man is free who cannot control himself.

Do you not see how necessary a world of pains and troubles is to school an intelligence and make it a soul?

Sometimes you realize being alone to wallow in your dark thoughts would have been better than the crowd of people who keep reminding you how much they expect of you.

Noble deeds and hot baths are the best cures for depression.

We can only get treated for the other things that come with depression, the fear and apathy to life does not go away with the drugs, you just have to understand this.

Do not brood over your past mistakes and failures as this will only fill your mind with grief, regret, and depression. Do not repeat them in the future.

You say you’re ‘depressed’ – all I see is resilience. You are allowed to feel messed up and inside out. It doesn’t mean you’re defective – it just means you’re human.

I don’t need you to remind me how much high hopes you have for me, It only adds so much pressure that I fear I would rather just hide away till you forget I exist. Stop expecting so much!

You’re like a grey sky. You’re beautiful, even though you don’t want to be.

No one goes about with an “I am depressed” sign on their forehead, you just need to be sensitive to the fact the world is too messed up for you to assume everyone around you is fine.

I didn’t want to wake up. I was having a much better time asleep. And that’s really sad. It was almost like a reverse nightmare, like when you wake up from a nightmare you’re so relieved. I woke up into a nightmare.

Mental pain is less dramatic than physical pain, but it is more common and also more hard to bear. The frequent attempt to conceal mental pain increases the burden: it is easier to say “My tooth is aching” than to say “My heart is broken.

I saw the world in black and white instead of the vibrant colors and shades I knew existed.

That very deadened feeling, which is so very different from feeling sad. Sad hurts but it’s a healthy feeling. It is a necessary thing to feel. Depression is very different.

Some days, I don’t even know what time it is, which century I am in, where I come from, or any other thing. Life suddenly becomes mostly a blur of sad dark feelings with nothing to live for.

Depression is the most unpleasant thing I have ever experienced. . . . It is that absence of being able to envisage that you will ever be cheerful again.

There are far, far better things ahead than anything we leave behind.

When you’re surrounded by all these people, it can be lonelier than when you’re by yourself. You can be in a huge crowd, but if you don’t feel like you can trust anyone or talk to anybody, you feel like you’re really alone.

Good humor is a tonic for mind and body. It is the best antidote for anxiety and depression. It is a business asset. It attracts and keeps friends. It lightens human burdens. It is the direct route to serenity and contentment.

Be miserable. Or motivate yourself. Whatever has to be done, it’s always your choice.

Quotes About Depression And Anxiety

When people talk about hope, I only imagine a time when I would be able to get out of my bed without thinking I am the worst thing that has ever happened to humanity.

People become really quite remarkable when they start thinking that they can do things. When they believe in themselves they have the first secret of success.

Happiness does not depend upon who you are or what you have. It depends solely upon what you think.

A character cannot be developed in ease and quiet. Only through experience of trial and suffering can the soul be strengthened, ambition inspired, and success achieved.

Every man has his secret sorrows which the world knows not, and often times we call a man cold when he is only sad.

Getting your act together is not something you can achieve because some selfish individual keeps yelling that into your ears. Sometimes all you need is for people to allow you to cry, and act crazy in your own space.

Don’t try to solve serious matters in the middle of the night.

Life is ten percent what you experience and ninety percent how you respond to it.


Depression is not gendered specific, so when you tell me to man up, I just wonder which year in the stone age you crawled out from. A little reading would have helped you.

Some days are just like volcanoes, your throat burns, your eyes sting, you feel like throwing up, you scream into a pillow. Other days you can feel the cold hands of death and horrible isolation.

Quotes And Sayings On Depression

I’ve seen perfectly normal looking people give up on life, everyone starts to say how they were so full of life as if depression is some virus that should make you look like you’ll be dead in a jiffy.

The most insensitive people are those who think you are just depressed because you lack faith, not every problem can be explained away by your religious expectations.

Let’s say you were falling down a bottomless dark well and you had people patting you on the back, shaking hands with you, telling you how beautiful the day is, that’s a little picture of depression.


Start by doing what’s necessary, then do what’s possible, and suddenly you are doing the impossible.

All depression has its roots in self-pity, and all self-pity is rooted in people taking themselves too seriously.

Sad people are not the same as those of us who just don’t know why we steadily want to just end it all. Stop saying I should go watch a movie, I’m not angry at anyone either.

A melancholy-looking man, he had the appearance of one who has searched for the leak in life’s gas-pipe with a lighted candle.

Crying is one of the highest devotional songs. One who knows to cry knows spiritual practice. If you can cry with a pure heart, nothing else compares to such a prayer. Crying includes all the principles of Yoga.

Blaming myself for all the things going wrong in my life and the world, in general, is just the early stages, I soon graduate into thinking I deserve nothing more than cold silent isolation and death.

If you deliberately plan on being less than you are capable of being, then I warn you that you’ll be unhappy for the rest of your life

Also, Check Out I’m Married — But I Sleep In The Guest Room Without My Husband

No one wishes to have dark days, sleepless nights, grumpy mornings, and this endless dark tunnel with no sign that it ever ends. Depression is not a choice.

Don’t jump to conclusions, not everyone suffering depression suffered some tragic loss or got raped at birth. Life is enough on its own, it’s enough tragedy that you need to wake up every day.

Telling me to talk to someone is not going to help when all I want to do is just keep quiet forever until I am nothing but a fragment of memory, some shade of history no one talks about.

Quotes On Being Depressed

If the silence does not kill you, the way people assume all is well without asking to find out would. Depression is not about having no friends, it’s about having friends that don’t care.

Being depressed is not because I have nothing great going on in my life. In fact, the job is dope, the pay is super, my girlfriend is awesome. I just have those days when life seems so pointless.

Depression is the most unpleasant thing I have ever experienced. . . . It is that absence of being able to envisage that you will ever be cheerful again. The absence of hope. That very deadened feeling, which is so very different from feeling sad. Sad hurts but it’s a healthy feeling. It is a necessary thing to feel. Depression is very different

I’ve had some dark nights of the soul, of course, but giving in to depression would be a sellout, a defeat.

Many of life’s failures are experienced by people who did not realize how close they were to success when they gave up.

Depression is so much misunderstood and still so powerful. If you asked me what I was feeling, I would tell you I actually feel absolutely nothing, I try so hard to feel something but nothing works.

Being with a crowd does not stop you from being depressed. in actual fact, it’s the idea that so many people exist who really don’t know what you are going through that keeps you depressed.

Love conquers all things except the fact that depression is not a thing, it’s a living force that consumes everything in its path, it takes no prisoners.

You don’t have to live a lie. Living a lie will mess you up. It will send you into depression. It will warp your values.

When you see someone, who is depressed, don’t leave them alone. Please be with them and talk to them. You might never know, what a great help you can be to them.

Thanks a lot for your time!

Obsessive Thoughts: How To Identify And Control Them
61 Heart Touching New Romantic Love Quotes
100 Plus Fake People Quotes And Sayings