Here are 15 signs related to body language that prove that it is!

I imagine that each of us to look, at least once in his life, how to know if a man was interested in it. No? Be honest… Yes? Of course… Thats normal.

When someone was attracted to you, you used to think that they would tell you directly or make you understand it by their attitude. 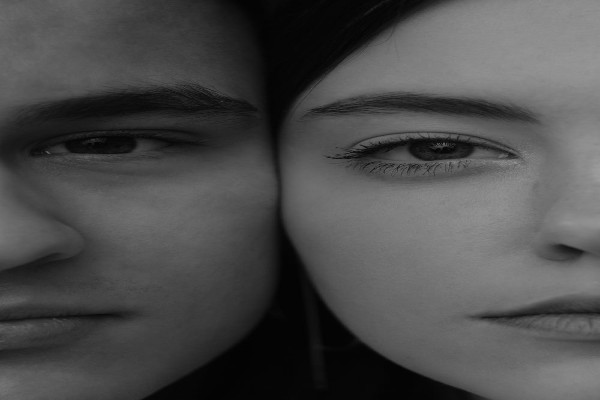 With the time and the different love experiences you had, you realized that this was not always the case.
Indeed, some men are naturally shy. So, you ask yourself, What proves that a man is secretly attracted to a woman?

Even if they look strong, they dont necessarily dare to say what theyre feeling or approach you. So instead of being direct, some prefer to convey the message more subtly.

Indeed, many men use body language to make people understand how they feel. Watch out for misunderstandings!

The man whos interested in you isnt necessarily going to tell you face to face. But, for example, he will be concerned.

There is a whole range of signs that prove that he is attracted to you, but often, as this is not direct communication, they can be misinterpreted.

Indeed, you may feel that the object of your affection is playing with you when, in reality, it can simply be a sign of insecurity.
So you have to pay attention to your behavior and the interpretation you give to his actions.

Body language shows a mans true intentions even when he tries to hide what he feels. Of course, everyone shows their affection in their way, but there are signs of body language that do not deceive.

A man is secretly attracted to a woman if he behaves like this:

Before I list the signs that prove hes interested in you, I want to remind you of one thing.

Youre going to want to say, Yes, hes attracted to me, that you might be a little too anticipating the interpretation of the following body language signs.

Let me explain… Just because your suitor fits one of the following characteristics doesnt mean that hes attracted to you.
Indeed, it must send several signals before you can be 100% sure of its feelings.

It is only when you find more than 5 telltale signs of body language that you can answer the question positively, How do you know if a man is secretly attracted to a woman?.

1. When he talks to you, he always faces you.

Even if he tries to hide it, his body is well and truly aware of the attraction he feels for you.

Indeed, when a man is interested in a woman, he always keeps his face and body facing her, not to be distracted by something else.

So it completely focuses on you. And, hes going to use this opportunity to stare you in the eye. Indeed, he will look for revealing signals that will prove that you are also attracted to him.

How do you know if a man is secretly attracted to a woman? He always tries to stand next to her. He wants to use every opportunity to focus on you and make you understand that you have his full attention.


When he sits next to you, he can put his arm on your chair to create a semblance of contact without exceeding the limits of reasonableness.

Of course, youre funny, but youre not an actress either! Everything you say is not hilarious; admit it! But, clearly, this man thinks differently. How do you know if a man is secretly attracted to a woman?

15 Changes Your Body Undergoes, When You Are Heartbroken

Hes laughing at the lungs. For him, all your jokes are super funny, and he smiles to get your attention. Besides, hes also trying to make you laugh by telling you his most ridiculous stories.

4. It travels your body back and forth (from the look).

What is the sign of body language that most reveals his attraction to you? Hes looking at you. Also, you understand that he notices any change you have made: hair colour, a new look or T-shirt, etc.

Whether youre physically close or far away, hes looking at you. Hes looking for your eyes so he can observe your body and your attitude.

He cant control his need to see you, and, despite himself, his behavior betrays his feelings for you. 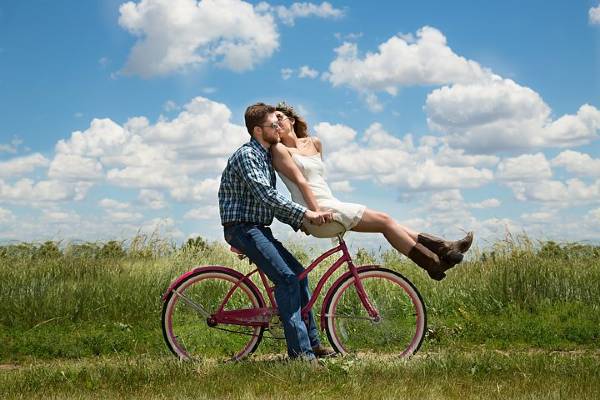 When your eyes cross, its stronger than him; he smiles! Its one of the most obvious signs of body language. Besides, he doesnt just smile with his mouth; its his whole face that shines. Even if he is in a bad mood, this almost instinctive reaction is uncontrollable.

He appreciates you more than he wants to admit it and has difficulty putting clear words on how he feels.

6. This man becomes all red.

It is one of the most well-known signs of body language. When someone turns red, they are either ashamed, or they are trying to hide something.

In your suitors case, hes trying to hide his feelings for you. This body reaction cannot be controlled. Indeed, the more he tries to hide his red cheeks, the more they blush. Hes attracted to you and doesnt want you to know.

7. His pupils are dilated, and his eyebrows are raised.

Another eye-related sign that lets you know if a man is secretly attracted to a woman. When he talks to you, he is excited, so his pupils expand and his eyebrows rise as he tries to keep his eyes wide open.

This reaction is completely unconscious. He seeks to see you better, and as his attention is entirely on you and what you say, his eyes react like this.

8. He bites his lips while fixing hiss.

So your suitor uses his lips to attract the opposite sex, that is, you! He wants to kiss you, but as it would be inappropriate, he bites his lips.

And while hes doing this, hes staring at yours. In short, he tries to establish physical contact, but he cannot then his subconscious reaction is this.

Its very clear that this man is attracted to you and is trying to hide it.

9. He stares you straight in the eye.

To prevent you from understanding how he feels about you, hes doing everything he can to control his behavior.

But no matter what he does, he cant control his eyes. So thats why you have to pay attention to your suitors eyes if you want to know if this man is secretly attracted to a woman, that is to say, you!

A man who likes you is not going to be able to take his eyes off you. For him, you are so fascinating that nothing else interests him.

So even if he doesnt dare to tell you directly what he feels, he tries to make you understand it implicitly.

Besides, by staring you in the eye, hes also trying to see if you feel the same way about him. Anyway, hes testing you!

An extremely shy man is going to tend to behave like this. Indeed, for fear that you will find out how he feels for you, he will do everything to avoid eye contact.

He behaves like an immature boy who doesnt have the nerve to look at the woman he likes, so he looks away as soon as she stares at him.

If your man suddenly turns his head when your eyes meet, it just means he needs a few seconds to recover before he speaks to you like a true gentleman.

When you are interested in someone, the attraction is not just mental or psychological.

Indeed, our whole body feels it. Thus, our nervous system is submerged when we are close to the object of our affection. The excitement you feel leads to a lot of blood flow, so you feel like youre running out of oxygen.

Hence the deep breath! Hes struggling to breathe normally, but your presence is almost too much for him.

12. He touches you “accidentally.”

When a man likes you, he is also attracted to you, sexually speaking. So hes doing everything he can to be close to you.

So when you talk to your suitor, he uses every opportunity to put away one of your locks or caress your shoulders. He will never go beyond the limits, but he will also seek to create some physical contact.

On the other hand, if you realize that his behavior is inappropriate, put him back in his place right away. Even if he is attracted to you, he has no right to disrespect you.

13. This man takes you in his arms and lays a slight kiss on your cheek.

This hug and kiss are different from those exchanged by friends who havent seen each other in a long time. Indeed, when it enters your personal space, you feel completely different.

His hug is rather intimate, strong, and sweet at the same time. And it lasts a lot longer than the ones you give to your friends. And, he lays a kiss very close to your mouth as if to titillate your senses and make you want to jump on him.

14. How do you know if a man is secretly attracted to a woman? It’s getting nice!

As soon as this man sees you, he immediately tries to fix his hairstyle or his outfit. He cant help himself.


Indeed, he wants to look as beautiful as possible in front of you. Even if he refuses to admit it out loud, your suitor wants a perfect appearance.

One of the signs of a mans body language interested in you is his inability to control his hands. Hes nervous and needs to move, so he gets his hair done or tucks his T-shirt into his pants.

15. Jealousy comes at a great gallop…

This man is not your boyfriend, but you do not together prevent him from being jealous. As soon as he sees you talking to another man, he loses his mind. Indeed, he is incapable of being rational.

Of course, he knows full well that he has no right to behave in this way, but it is stronger than him. For example, when you talk about another man, his mood changes, and he starts talking negatively about that person.

Despite this ridiculous jealousy, he continues to ask you about your suitors because he feels he has control when he knows your whole situation.

He wants to be able to react if things get too serious between you and this other man.