11 Signs To Recognize – If You Are Dating A Narcissist ~

If you think a narcissist is nothing more than a guy who only talks about him on the first date, you’re hardly going to be able to unmask those around you.

It turns out not all narcissists give the profile of a smug rich kid wearing loafers without socks. No. Many of them may seem even more feminist than you, give you reason in everything you say, and “understand you” better than any other man you’ve ever met.

Until one day they take a 180-degree turn and call you a whore in the middle of a little fight. Yes. Dating a real narcissist and uncovering his behavior can be exhausting and very damaging (to be told to Beck, the protagonist of You). 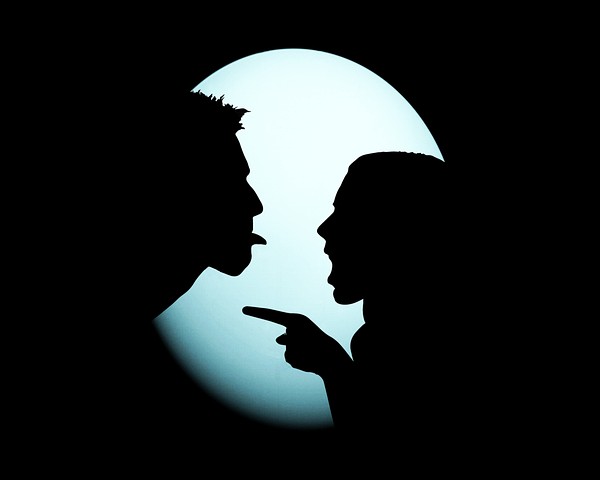 So here’s a list of the signs you should start watching from now on.

11 Signs To Recognize – If You Are Dating A Narcissist

1. He did his best to conquer you, but only at first

If it doesn’t get into your head like someone who sent you non-stop messages to tell you that I loved you suddenly is rude and distant, that may be your first sign.

Narcissists are true vampires of love. They’re able to make you feel special from minute one. They’re great courtships because they’re motivated to beat you, not to know you.

His gestures are the most romantic and his gifts the most successful because they will have been studying you in detail to know exactly how to be the ‘perfect’ companion for you. Narcissists are experts in earning the affection of their goals initially but have trouble maintaining long-term relationships.

Narcissists don’t have friends; they have collectibles. They use their particular charm to surround themselves with superficial friendships but do not strive to maintain them.

They are terrified to let their guard down and be seen as ‘humans,’ so they never finish opening up with anyone and are never really there for a friend if it makes them uncomfortable or does not make them look charitable or kind. And, of course, this also translates into your relationships.

3. Become sweet again when you show a little independence


Narcissists need constant attention and affection to feel good (but, ironically, they treat you like crap once you love them). So, naturally, when you go out with your friends or spend some time on your own, they panic.

If you try to reclaim space for yourself, the narcissist may feel like you’re trying to take away some of her own identity and will try a lot harder to get you back to her side.

To regain their self-esteem, narcissists can fill you with gifts or be especially affectionate when you’re late home. And small things, like forgetting to put on the necklace you bought, can trigger a real battle.

4. They are very selfish when they can get away with it

If you haven’t already passed the relationship’s sweet stage or simply because other people are nearby, a narcissist is the most courteous and attentive companion. But when no one looks, he’ll try to put his needs before yours.

Because narcissists see people as objects, including cutting with their partners overnight if they have lost interest, they breathe and feel for more than living beings; for them, they are mere objects to manipulate as they please.

11 Signs To Recognize – If You Are Dating A Narcissist

A good sign to keep in mind to know if the person sleeping next to you is their motivation to buy your gifts. Does he do it because he does, for no apparent reason? Or is it just surprising you to fill the flower house after I yelled at you like a savage during an argument?

The first is the normal behavior of a loving couple who think of you. The second belongs to someone who is buying your affection so that you stay by their side even when the relationship becomes a nightmare.

11 Signs To Recognize If You Are Dating A Narcissist

5. Staying with them makes you feel bad about yourself

By now, you should be clear that a narcissist is not someone to make you feel good about yourself. At least not all the time. Repeated criticism of the most insignificant problems, the run-out of arguments, and the inability to admit a share of guilt inevitably has an emotional impact on any empathetic being who wants the relationship to work.

If his power over you is too strong, you can come to accept that you are less than him and belittle yourself by receiving criticisms you don’t deserve.

Also, Read A Final Letter To A Cheat Husband From His Wife

This creates a yo-yo-like codependency relationship: as you distance yourself, you return to the old patterns. The only way to break the cycle is for the narcissist to get bored and get his worst face, anger, and detect these signs and get out of there (possibly with emotional damage).

6. Cares more about the image than the relationship

To the pressure that a narcissist exerts on himself to make everyone believe that he is the best candidate for your love, we must add the obligation that he self-imposes to fulfill the ideal of a perfect couple facing the gallery.

The narcissist focuses not on the relationship’s growth but on the image he gives because his self-assessment confirms that he has already evolved sufficiently and has also done great.

That’s why feeling like you’re losing control of other people’s opinions creates hard-to-carry inner anguish. It cannot tolerate failure, and public humiliation is the worst of them. His ego is often fragile, so any ‘attack’ on his reputation makes him furious.

7. He’s constantly complaining about everything you do

When he met you, he loved EVERYTHING about you. Now, those same things, the sound of your laughter, your bad taste with cakes, your tendency to watch bad shows on TV, they’re a problem.

Narcissists tend to have a concrete picture of what they want their partner to be like, and sooner or later, they’ll try to control your behaviors and your choices.


Pay special attention if you start criticizing how you behave with your friends when he’s present if he complains that you don’t laugh at him and get angry because he thinks you’re looking to leave him sick.

Someone who cares about you will argue calmly about how he feels and agree with you rather than rebuke you.

8. It is impossible to argue with them

The reason narcissistic fights are so deeply confusing is very simple: they are never wrong. Disagreements and arguments will always be unbalanced because they cannot reach the necessary level of emotional maturity.

This is simply because narcissists believe that they have finished growing up and that their version of the truth is definitive and absolute.

Also, Read 8 Symptoms That Your Companion Is Having An Emotional Affair

You can have screenshots of what he told you, and he’ll still find a way to say it’s not true. It’s also very likely to threaten to break up or give you an ultimatum if you refuse to give in and don’t apologize. It’s the best way to dismantle a narcissist.

Signs You Are Dating A Narcissist

9. They are teachers in making you believe that you are the dramatic

As if constant quarrels aren’t bad enough, narcissists also can convince you that you’re the ‘drama queen’ of the story. They are manipulators who have no qualms about misrepresenting a friend’s words or actions in a way that makes them feel guilty or sorry for things they have no reason to feel bad about.

That is, if when you pose a problem for him, “you’re freaking things out again,” if by explaining your point of view, “you’re stubborn, selfish or crazy.”

They will never realize that they are the ones who refuse to commit and hide behind the discussions because they cannot assume the fact that they are wrong. Exhausting.

We don’t have to tell you that if a kid drives his exes crazy, he’s the one with the problem. Maybe he doesn’t use the word ‘crazy,’ but he uses ‘difficult,’ ‘problematic,’ ‘dramatic,’ ‘obsessive’ to describe all his previous members.

Narcissists seek to be victims in all their relationships, embellishing their qualities, and vilifying their exes to achieve the longed-for demigod image.

And it’s normal for you to be accompanied by a suitcase of love failures. It makes sense: being obsessed with the image isn’t exactly the basis of a healthy relationship.


11. Fight when they realize they are not irreplaceable

Fortunately, a narcissist’s overwhelming behavior often makes you tired and start moving away emotionally. And that’s when they become paranoid.

When they feel like you’re being lost forever, they can do anything. From flirting or horning someone to make you jealous, to threatening to leave first, so you’re not the ‘left.’

His actions are insensitive because your only value to him was that of accessory. For them, it’s better to be an asshole and break your heart by clamping because what they care about is keeping a sense of control.

Never forget, you deserve better and don’t need to keep this. There’s a lot of love for you out there, but it’ll never come to you from this person.