A woman who sleeps with a man she just met signals that she has low self-esteem or that she is actually only using him for sex.

It has never been easier or more acceptable to have an extramarital relationship.

According to a Gleeden survey, 7 out of 10 women cheat on their partners. 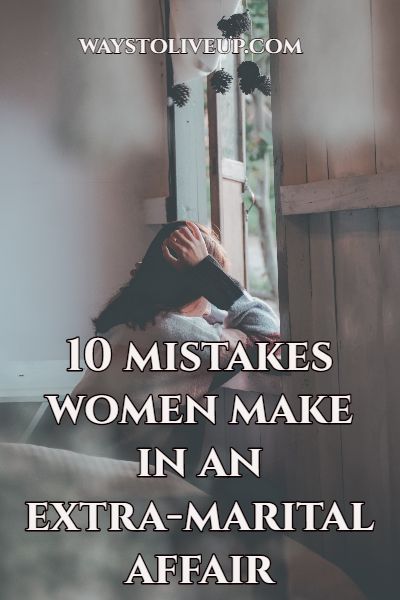 Reason? People believe that an extramarital relationship can make life exhilarating and even make one closer to their spouse.

In the survey, couples in an extramarital relationship reported greater intimacy when they had sex with their spouses. Others love the thrill that accompanies seduction and seducing outside marriage.

While some people may want to believe that extramarital relationships give them everything they want, other people make mistakes they regret.

1. Using an unreliable platform to find a partner

Realistically most men, when given a chance, would enthusiastically commit infidelity.

The fairer sex is far choosier when it comes to selecting sexual partners. For this reason, a woman who decides to enter into an extramarital relationship may search for a partner on a dating website.

After choosing to have an extramarital affair should she pick the wrong man, it could lead to issues and create trouble in her marriage.


Facebook is haunted by single and married men who are looking for women. To achieve their goal, they will pretend to be everything they are not.

They will lie about their age, income, qualifications, achievements, background, career, and anything else to charm a married woman.

A woman who falls for their routine may find that instead of a thrilling extramarital fling, she’s trapped in a tumultuous relationship.

3. Meeting men in bars and clubs

Having an extramarital relationship with a man one meets in a bar is a mistake.

Most eligible men are unlikely to approach women in bars and clubs.

Those who patronize such places to search for women may have baggage or serious emotional issues.

While dancing with an unknown man in such locations may still be okay, taking him home for the night ought to be avoided.

For a woman, the ideal partner to have an extramarital affair with is one who is married, ditto for men.

A married man or woman has to be just as discrete about an affair as the person they are cheating with. Both know full well what they are committing to before they enter into an extramarital relationship.

Both parties recognize the rules before they have an affair, so there are no unexpected surprises or expectations that aren’t unmet.

Choosing the wrong partner can lead to unexpected expectations and troubles. 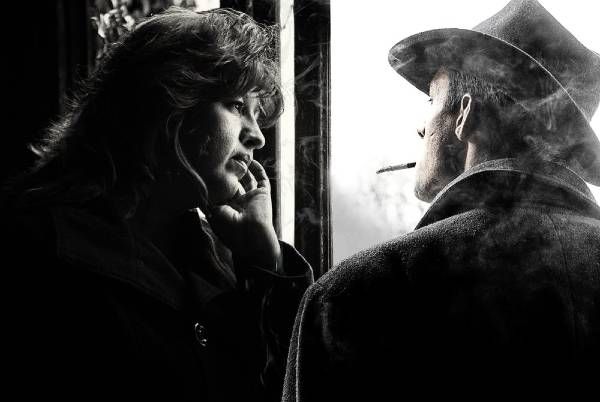 This is a serious no-no.

Even if you find someone adorable, don’t fall in love immediately and complicate things.

An extra-marital relationship can be a fun, harmless fling; don’t expect it to be anything more significant.

6. Sleeping with the first person who comes along

When a woman has decided she wants to commit infidelity, she becomes eager to take the first step.

Women are choosier about whom they sleep with. Still, sometimes even a prudent woman may throw caution to the wind and sleep with the first seemingly eligible man she meets.

This is fraught with trouble as sleeping with someone hastily is a recipe for trouble.

7. Having sex on the first date

Every single woman knows that having sex on the first date automatically sends the wrong signals to her sexual partner.

The same goes for extramarital relationships.

Also, Read Red Flags In Long Term Relationships, You Should Watch Out For

A woman who sleeps with a man she just met signals that she has low self-esteem or that she is actually only using him for sex.

Sleeping in the first meeting isn’t romantic at all.

Also, Read 5 Things I Learned After My Husband Cheated On Me

Exchanging little gifts and jewels is a significant turn on in any relationship. But when a partner demands substantial sums of money, it usually leads to trouble.

An extramarital relationship is not a monetary investment or business transaction.

9. Letting the children find out

Needless to say, children who learn that their parent or parents are committing infidelity usually suffer significant trauma.

Even if a spouse knows their partner is in an extramarital relationship, the children in the marriage should not.

Getting caught can totally dampen the trip of an extramarital relationship.

It not only wrecks your marriage but also portrays you in bad light leading to trust issues and other insecurities.

9 Signs That She’s The One For You
9 Top Ways To Lose A Good Woman
Sometimes in life, you find a special friend